Coffee With Daisy: Business, a Puppy and a Nike Mentality

What did you do this morning?

It’s a simple question. The answer, however, is loaded with all kinds of information about what you do for a living, whether you maintain work/life balance, and how seriously you take your health.

Over the years, I’ve had various morning routines that have empowered me to elevate my productivity during the “work day”. For those that are self-employed or run a business, the concept of a workday contains a lot of grey area. The phone rings, we answer.

But being chained to an iPhone twenty-four hours a day takes its toll. There was a point in my life where I was chained to a Blackberry. There’s a series of unhealthy consequences that can develop when one cannot “unplug”, take a step back, and breathe.

So over the years, I learned (sometimes the hard way) the value of a morning. It can’t be every morning, but it needs to be some mornings. And it needs to happen very week. A time in the morning to sip coffee, read, learn, get inspired, do some writing, and just . . .breathe.

This morning, I went for coffee with my dog

It was just like the olden days when my dog was a puppy. See, when Daisy was 12 weeks old, it was important to expose her to all the sights and sounds of a busy city street. After all, if I was going to raise a dog in downtown San Francisco, being accustomed to the constant drone of Muni buses, motorcycles, sirens, and the occasional jackhammer was an absolute necessity.

So for three straight months, Daisy and I went for coffee almost every single morning. We had to. It was part of the deal of getting a puppy. 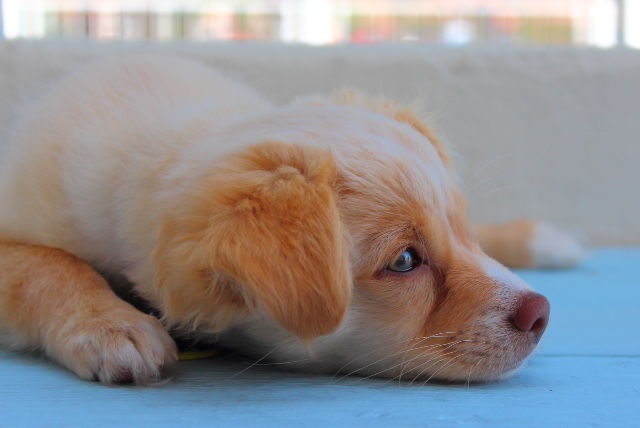 It was wonderful. We sat outside a cafe with buses, sirens, taxis, bicycles, and pigeons wreaking their havoc during the morning commute. While I sat pounding emails, coffee, and the occasional blog post, Daisy took it all in. She watched the buses, learned to ignore the sirens, and (unfortunately) form a deep-seeded resentment against pigeons. She is after them to this very day.

My point is this. Something as simple as getting a puppy reinforced the necessity of balance. It was an hour out of my morning. I got to spend it outside in what proved to be a productive environment, allowing my dog to experience the world for the first time. We still do it. Regularly.

It doesn’t matter what you do. Just do it.

Nike needed a big break. It was 1988 and the Company was on a mission. The up-and-coming footwear company of Beaverton, Oregon wanted to develop an ad campaign that would “speak to everyone” regardless of sport, level of fitness, gender, age, you name it.

They put the firm of Wieden + Kennedy on the case. That was a good thing, because Nike had one heck of an ask. Not only was Nike chasing an idea that had a universal quality, but it came at a time when the Company was absolutely dead-set on surpassing Reebok. Oh yeah, and it was an Olympic year. A lot was riding on that big idea. 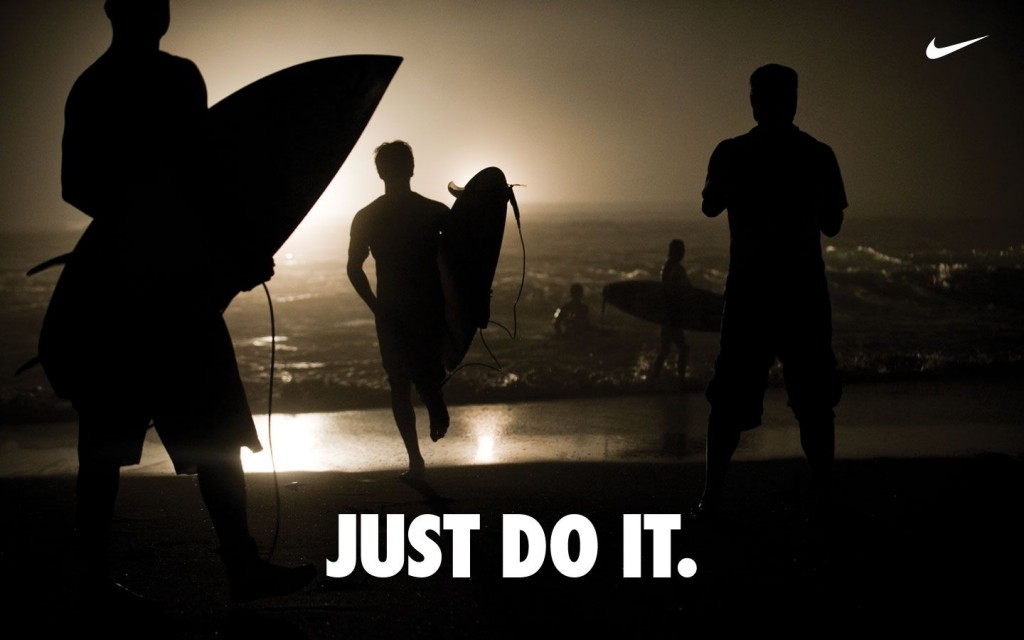 The campaign was a gigantic success. The Just Do It campaign inspired an entire nation to get off the couch and do . . . something. And by something, Nike created an overwhelming need to buy shoes, shirts, shorts and hats so everybody could look good doing it.

But the curious thing about the whole story is where the ad agency got the idea for the campaign. Wieden credits his inspiration to the darnedest of things. The genesis of “Just Do It” came from a newspaper article quoting the last words of a convicted murderer who was about to be executed.

See, when the United States reinstated the death penalty in 1976, Gary Gilmore was in the unfortunate circumstance of being first in line. His final words, “Let’s Do It”, ended up being the comedic fodder for Saturday Night Live, an episode of Roseanne, a famous line from NYPD Blue, and . . . you guessed it: Nike. 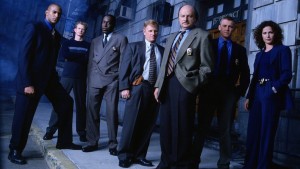 Inspiration is inspiration, no matter where it comes from

Whether your balance comes from a morning run, a quiet cup of coffee at your kitchen table, or noisy cup of coffee on the street with your puppy, use that time to your advantage. You never know what you’ll think up — or dream up.

And by advantage, I don’t mean spending quality time tethered to your iPhone like it’s your sole source of oxygen. Think, read, type (a little), read (some more), catch up on news, research your competitors, call your mom. And most important — breathe. 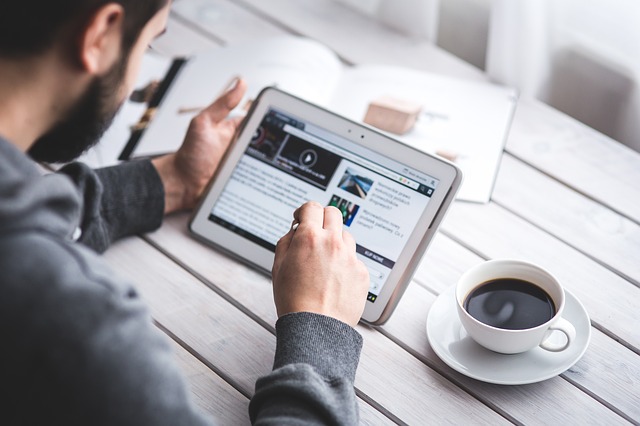 The things you think of during that quality time — in the morning, when your brain is fresh — are ideas that will come to you nowhere else. Free of the mental clutter accumulated during a day at the office, your mind will be free to explore places it won’t dare go while your on the subway, in the car, or riding the elevator.

Use the time. Enjoy the time. Sip the coffee. Breathe the air. Get inspired.