I was running the other day.

It was an easy route. 3 Miles. I’ve been hurt for awhile so in all honesty I’m thankful for the opportunity just to be out there on the streets at all.

After two-and-a-quarter pain free miles, I hit a downhill stretch of my route that descends out of Pacific Heights back towards the center of San Francisco. The prolonged descent used to be a part of the course where I just “put it in cruise control”, let it go, and enjoy the last stretch of the run.

After a few months of injury, it felt great to do that again. It felt like I was running again for the first time. Sometimes, I think there is no better feeling in the world than running the streets of San Francisco, a brisk pace, wind at your back, mist in your face, the Bay as your backdrop.

There is a lot to takeaway from Kris Allen’s lyrics

Never-mind that this song was released during the dearth of the financial crisis. In many ways, its timing couldn’t have been better.

In my world, helping companies improve profit, growth, and quite simply — just run a better business — this song is ripe with lessons. Reminders on what to do. Why we should do it. After-all, we only live once. #Yolo.

Is your message authentic enough? Sometimes I find companies that are under-performing on the top line. Plenty of talent. Great service. Great product. Amazing people. No sales growth. Declining revenues.

Is your message authentic enough? Is it veiled in the insecurities of failure? Is it edgy enough? More importantly, is it you? If your best friend read your marketing, your “elevator pitch”, would they know that it’s yours? Would they buy?

While businesses under-perform for a whole host of reasons, I see all too many that fail not because of a lack of effort, but out of a lack of authenticity. The business was never given the opportunity to sing in its true voice.

Every second counts on a clock that’s tickin’

Business owners know all-too-well that there is always something they can be doing. If they don’t manage their business or time, there never seems to be enough time to work on the business. Too many hours are spent working in the business.

And then the time is gone.

The clock is always ticking. We are constantly making choices about what can and won’t get done. After-all, there are only 86,400 seconds in a day. What are you working on today?

This is the only March 2016 you will ever have. What are the three most important things you can do this month that will make the biggest impact on your business? How do you determine what those three things are? What if somebody served that up for you monthly — on a silver platter — leaving you to execute your business. Profit. Thrive. 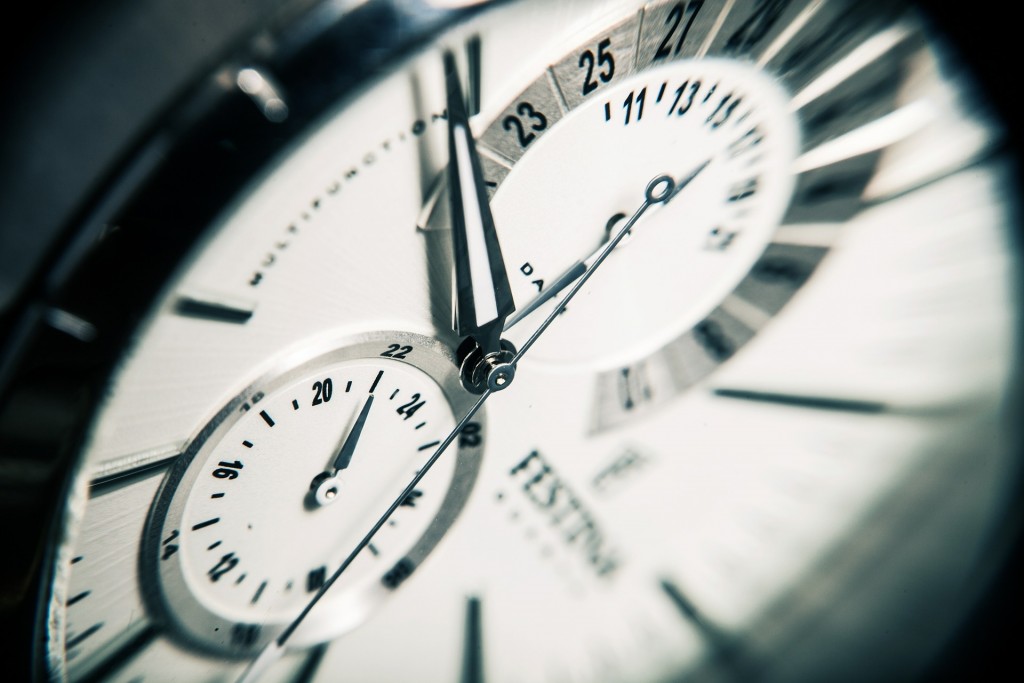 Reviewing where you stand financially, operationally, and strategically is a critical part of your monthly process. The more data you crunch, the more insights you’ll get. The wider you cast the net over your business, the more you will know about what people, processes, and products are working and what needs to be improved.

It’s only there for a moment. The insight that arises from your business activities in March of 2016. Did you get it? Did you see it? It will mean something to you only for a little bit.

Everything we do in business leaves a financial footprint. Everything. I know from almost twenty years of using data to improve the performance of companies that it’s hard for a lot of people to believe that. Just like there are statisticians and physicists that spot forgery in a “masterpiece” selling for millions of dollars, there are those that find beauty in numbers. Meaning out of chaos. Direction out of a sea of data you wouldn’t even dare look at.

The point is this. If you look over that data on a monthly basis, you’ll make money. If you take an hour each month and devote it to looking at your business through a lens that is crafted to improve your financial performance, you will learn things about your business you never knew existed.

You never know a good thing till it’s gone

In an unacceptably cramped conference room that lacked any form of ventilation, I had the opportunity to talk with McDonald’s. Just outside the glass was a handful of equity and fixed income traders staring at screens, watching CNBC on mute, and occasionally yelling at one another. That trading floor made a lot of money.

I talked to a lot of people back then. Management teams, other analysts, finance experts. But to this day I will never forget what McDonald’s said about a small, little-known subsidiary otherwise known as Chipotle Mexican Grill.

The day before that meeting was just another sub-zero afternoon in Chicagoland.

It was ridiculous, really. You’d go outside to not only have the snot freeze inside of your nose but to also have the arctic conditions make blinking a challenge, rather than a involuntary reflex.

A couple of blocks away from my office, there was a Chipotle. Walking to a meeting elsewhere in the city, I approached the nondescript facade that contained the burgeoning Mexican chain. You’d hardly know it was there, for the ground-level architecture on those blocks made virtually every business blend together in an urban version of suburban homogeny.

What stood out, though, was the line. Males, females, tall, short. 20 people stretching out the door and towards the corner.

Then it dawned on me. “What idiot lines up around the block in sub-zero temperatures for . . . anything?“

In my meeting, I asked the Company about Chipotle. Their body language shifted as if I mentioned the weird uncle that no one seems to want around come holiday season. In what I can only describe as a comment that left me absolutely dumbfounded, the Company said that the business was challenging, frustrating, because its food costs were volatile (and presumably, high). Financially, it was “frustrating“.

You have a line of (presumably) half-way intelligent professionals working in a major metropolitan area lining up in sub-zero temperatures on a Wednesday afternoon to consume . . . burritos. They have literally a thousand choices. But rather than enjoy — warmth — they embark on an expedition that even Jon Snow would think twice about; and you are acting as if the restaurant was little more than an unwelcome annoyance.

McDonald’s spun off Chipotle Mexican Grill in 2006. By October of that year, McDonald’s didn’t own a single share.

In the next decade, the growth rate of Chipotle Mexican Grill would be over fifteen times that of McDonald’s. Today, Chipotle’s sales would amount to almost 20% of McDonald’s global revenues. Especially with the challenges McDonald’s faces today, I bet they wish they had it back.

The moral of the story is this: Sometimes your biggest annoyance is your biggest opportunity. Embrace it. Find the meaning. Find the cause. Treasure the insight. It will only be there for a little bit.