It is one of the most famous paintings in all of history. Reproduced on tote bags, coffee mugs and umbrellas by the millions, the original masterpiece proudly hangs in the Museum of Modern Art in New York.

But there’s more to The Starry Night than the poster that hung on your dorm room wall. There’s more to the masterpiece that adorns the cover of countless coffee table books in living rooms around the world. 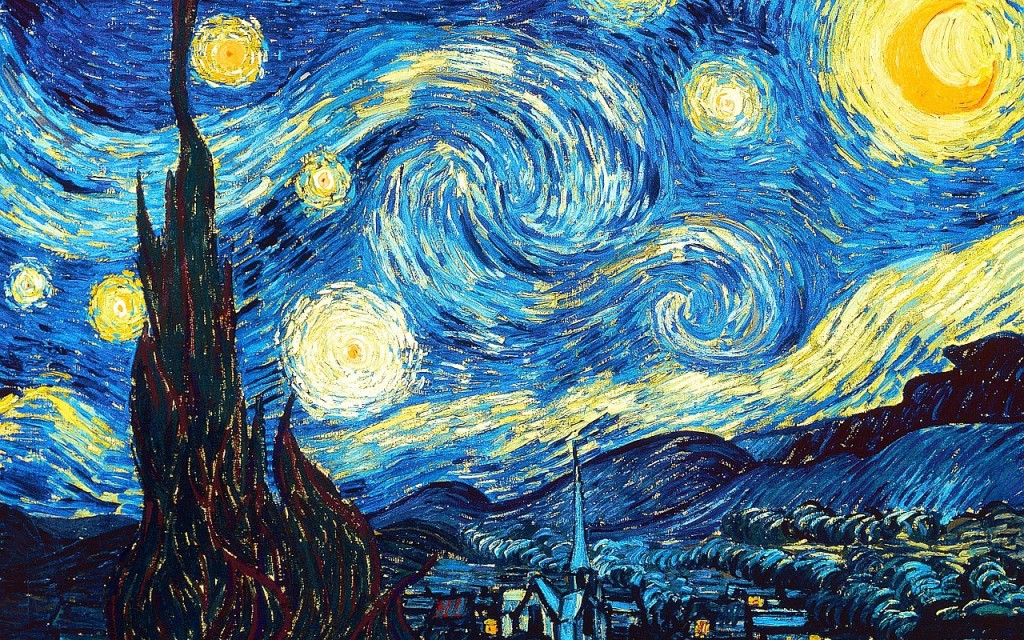 See, Van Gogh painted The Starry Night from the bedroom of a mental asylum. A mental asylum that he voluntarily checked himself into after cutting off his own ear in a psychotic break.

That’s a lot of backstory. The history books have essentially been content on Starry Night being one of a series of masterpieces painted by Van Gogh as he entered into a period where his access to subject matter would be severely limited. There just wasn’t a lot to paint inside the confines of Saint-Paul-de-Mausole Lunatic Asylum.

But you owe it to yourself to dig one level deeper

There’s more to the story. Starry Night, it turns out, contains one heck of a visual mathematical model. That’s right. Somehow, at the height of his debilitating mental condition, Van Gogh managed to capture on canvas something that (to a certain degree) still eludes modern mathematicians – a physical representation of turbulent flow in thermodynamics.

Woah. A Dutch post-impressionist painter managed to capture (with a paintbrush) a striking representation of a scientific principle that sends the brightest of modern day scientists into a seemly endless series of mental cartwheels. Sometimes in art, as in life, there’s more than meets the eye.

Last week, I painted an economic picture of an overheated consumer and lousy corporate profits. I described an economic undertow that was working against the all too easy-to-paint picture of a bright and robust business environment.

This week, things got a little uglier.

Inventories are bloated. And it keeps getting worse.

Data released this week from the Federal Reserve revealed that Inventory levels at America’s businesses have been steadily rising since April 2012. Store shelves are jammed-full of goods. Warehouses are busting at the seams. Wow, things must be really booming, right? 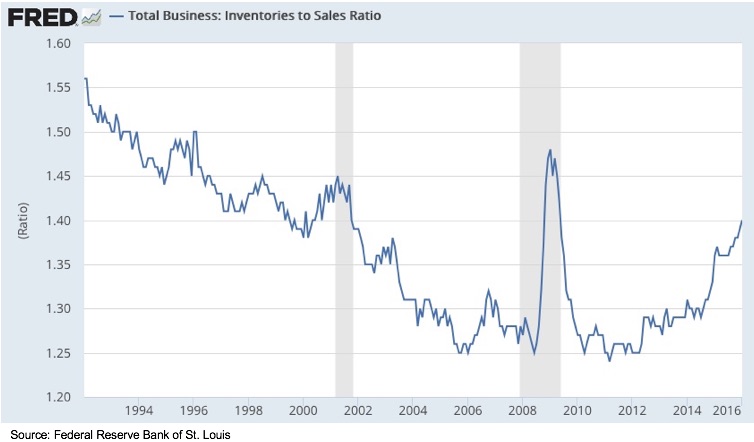 Not exactly. For some folks, inventory levels (and the analysis, thereof) can be a source of confusion.

On the one hand, businesses often stock inventory in anticipation of a spike in demand. When business confidence is high, lots of businesses procure additional inventory to avoid the unacceptable proposition of finding their store shelves empty or warehouses bare at the very moment their customers are ready to buy.

But you have to go one step further

In art, and life, sometimes there’s more than meets the eye. In this case, inventories are bloated because no one is buying.

In fact, when we look at inventory in the context of business sales, we start to identify some disturbing economic trends. Total business sales have been falling for a year and a half. They are now over 5% off of their all-time high reached in July 2014.

See, total business sales is a figure that doesn’t decline all that often. And when it does, it’s either a temporary hiccup in an otherwise expanding economy, or a serious warning sign that thing’s are about to change.

Business sales have been in decline for 18 months. They’re 5% off their high. The last time it looked this bad was during the bust of the tech bubble and the financial crises.

I am far from contending that this is the magical data point we need to send loved one’s into the storm cellar seeking shelter from an impending economic tornado. But we can’t deny that this is (yet another) dismal signal thrown from an economy that is slowly coming off the tracks.

After all, consider our observations from last week:

And now, add this to our economic picture:

3) Inventories are bloated, because . . .
4) Business sales are slowing like they did in the tech bubble & financial crisis

Things are slowing down. Inventories are rising. No one is buying.